Alaska’s North Slope is a “Super Basin” awaiting a “resurgence” in oil production, according to a new report. Over the next eight years, oil production could rise by 40 percent.  The North Slope has been a significant source of oil and gas production for decades, even though output has been in decline for a long time. Aging fields, such as the Prudhoe Bay field run by BP since the late 1970s, were once prolific sources of production, but have been gradually losing output year after year. Prudhoe Bay can claim to be the most productive oil field in U.S. history, having produced 12.5 billion barrels of oil as of last year. But it also peaked in the 1980s and has been losing output ever since. 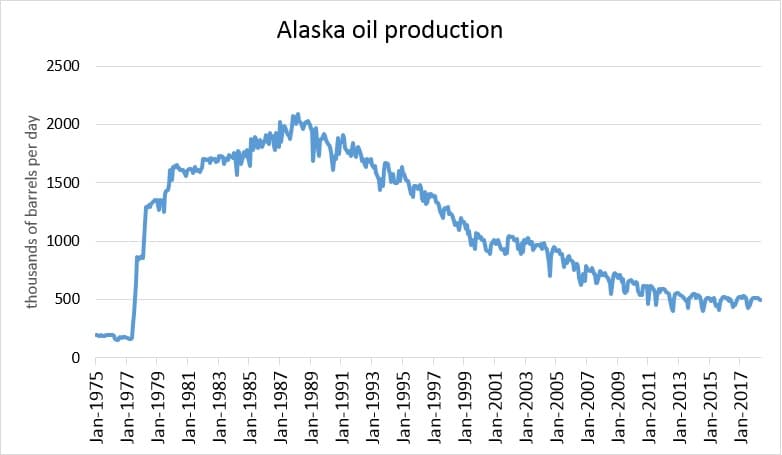 But the decline is not because Alaska is running out of oil. Output fell for a variety of reasons, including high costs of production, lack of infrastructure, federal regulations keeping reserves off limits, boom and bust price cycles, among other factors. More recently, the downturn in prices combined with skyrocketing shale production made risky plays like Alaska not worth the effort.  However, Alaska’s North Slope may still have a lot of life left in it. A new report from IHS Markit concludes that the North Slope is “poised to re-emerge as a major source of U.S. energy production, with crude oil output potentially increasing as much as 40 percent during the next eight years.”